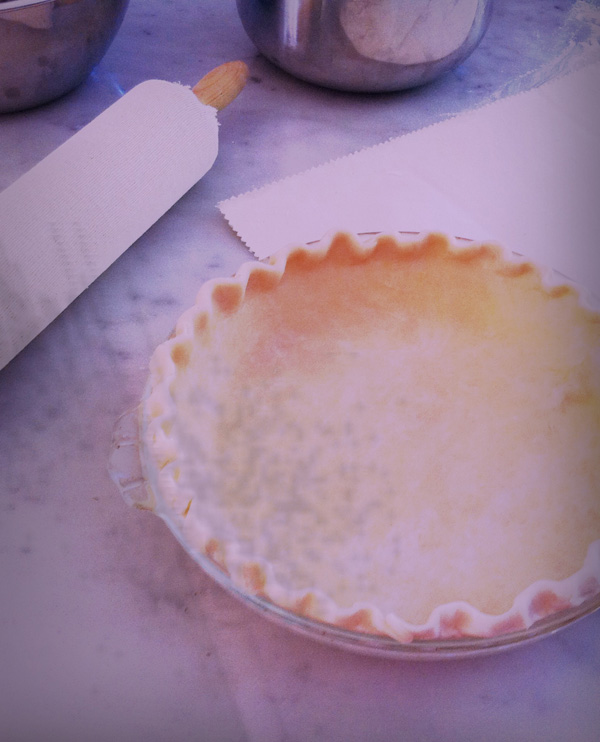 Pie. What to say about pie? While pie is very easy, “it’s easy as pie”, I have never heard the phrase, “it’s easy as crust”. I have battled making crust for years and pretty much gave up until three years ago when I met my fiance. You see, he does not have a birthday cake each year, he prefers a strawberry-rhubarb pie. Once a year I suffer through what becomes a tear and flour soaked evening of trying to make him the perfect pie. For an unfair turn of events, he ends of consoling me while I say many crust fuelued words of frustration that I regreat later.

We are hosting Thanksgiving dinner this year and it became apparent to me that this is the time for me to face my “crust fear”. I put aside an entire afternoon for the project and after two weeks of anticipation, the day came. And, then….the crust appeared. Perfect crust. What helped me have a compltely new experieince was the combination of a pastry cloth, what I like to call a rolling pin cozy and most of all a very strong sense of capability and an attituted uzing with positive intention.

The day after the crust conquering, I made the filling and baked the pies. I saved the most perfect crust for the third and final pie, the pecan pie, the favorite of most of my guests. Then, it burned. Not the perfect pie. My attitude flopped and it was suggested that I buy a crust. To me, that was letting the crust fear win, so after two more attempts I made another crust. Not perfect, but that isn’t the goal in longer. I belive that in life after the frustration melts away and the lesson has been learned, there is always a silver lining. The silver lining of burnt pie? Once you pick off the burnt layer there is a delicious pie underneath and one gets to eat pie the night before it was intended on being served!

A very happy Thanksgiving to you all and may you conquer your cooking fear with as much grace as possible.

One thought on “pie. the good, the bad and the flaky.”