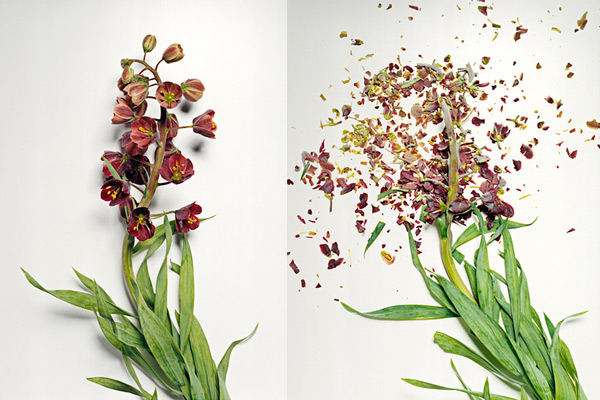 We’re loving this photo series by Jon Shireman from his 2010 series called “Broken Flowers.” Dipped in liquid nitrogen and then smashed against porcelain, the images are fascinating and and entirely new perspective on flowers. Found via Plant Propaganda. Have a favorite? I think mine is the muscari you can see in his Flickr set.