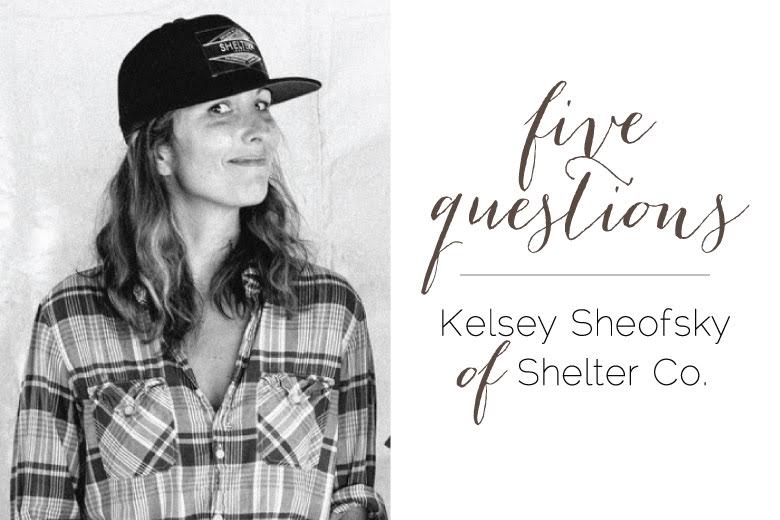 Kelsey is what I call a badass. The gets things done in a manner I have never seen before. She is the ultimate task achiever even while running a thriving business and raising two small children. I’ve known Kelsey since before her Shelter Co. days and when she told me about her idea of start a glamping business, I knew it would be a wild success. Why? Because anything Kelsey puts her mind to she does, with grace and ease and a wicked sense of humor. Kelsey’s background is in design and planning, which is the perfect combination when you are in the luxury camping business.
1. What was your best career moment or your first big break?

I think the best thing I’ve done for my career is always working for small businesses. I’ve never worked anywhere with more than 10 employees and it taught me a lot about how to run a business and the realities that come with owning your own business. I realized it’s not so crazy to start something for myself and also totally insane at the same time. We have always joked that our dog Bird is our HR department but it’s true that we have had to wear all the hats since it was just us at the beginning and we are still fairly small (but growing…ahhh). I think I’ve had very realistic expectations when launching Shelter Co. because of my previous work experiences.

2. What brought you to your current city? Would you ever live anywhere else?
It was the obvious next step after living in LA for two years as I grew up in the Bay Area and really missed Northern California. I moved up intending to live with my parents for a while to save money and 2 weeks later signed a lease on a studio in Nob Hill (my parents are awesome by the way…I just needed to get out of the burbs). I’ve been here for 10 years and still love it for the most part. We live in the best part of the Mission. I just wish I had more time to take advantage of everything around us. Having kids has definitely changed the way I enjoy the city but I hope to continue to find reasons to stick around. It really is an amazing place and we have so many great friends and colleagues who make it hard to imagine living anywhere else.

3. What do you collect, and what do you think it says about you?
Absolutely nothing. I’m an anti collector. I have no emotional attachment to anything in my house except the humans and the dog. It causes a lot of arguments especially since we live with 2 kids and a dog in 725 square feet. I’m constantly trying to throw stuff out or relegate it to storage and Mike is much more attached. A typical conversation goes something like this:
K: “Can I put your junk box in the basement?”
M: “You mean my special irreplaceable box of treasures? What’s wrong with you?”
Yeah.

4. What is one aspect of your job that people may be surprised to hear?
I haven’t been camping in 3 years. My job really has nothing to do with camping. I stay in hotels. We joke that I have a planning company and my husband has a moving and storage company. Because that’s really what we are doing day in and day out. Don’t get me wrong, I love to camp and be outside, but it’s just not a big part of my job.

5. What is your most vivid memory involving a certain floral?
I was producing a wedding in Mexico back when I was a wedding planner at Alison Events. We had ordered hot pink ranunculus for a bunch of bud vases we had brought down in our suitcases. We specifically asked for a single varietal thinking there’s no way they could mess it up since it was a floral designer we hadn’t worked with before. We go out to where they are processing the flowers and see that all the ranunculus are dead and they are threading wires through the stems to try and make them stand up. We demanded they find a replacement. Two hours later, the flowers were being placed on the tables and they were a very strange shade of pink. We looked closer and realized they were white flowers that had been spray painted pink in the parking lot. The bride didn’t notice. And neither did Martha Stewart Weddings who published the wedding the following spring. Wasn’t exactly a happy moment but makes me laugh every time I think of it.